My question is this: Is there anything related to words that Ben Franklin didn’t have a hand in? I think the answer is “no.” 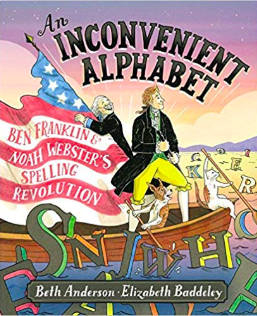 we are handed yet another example. The jacket flap reads: 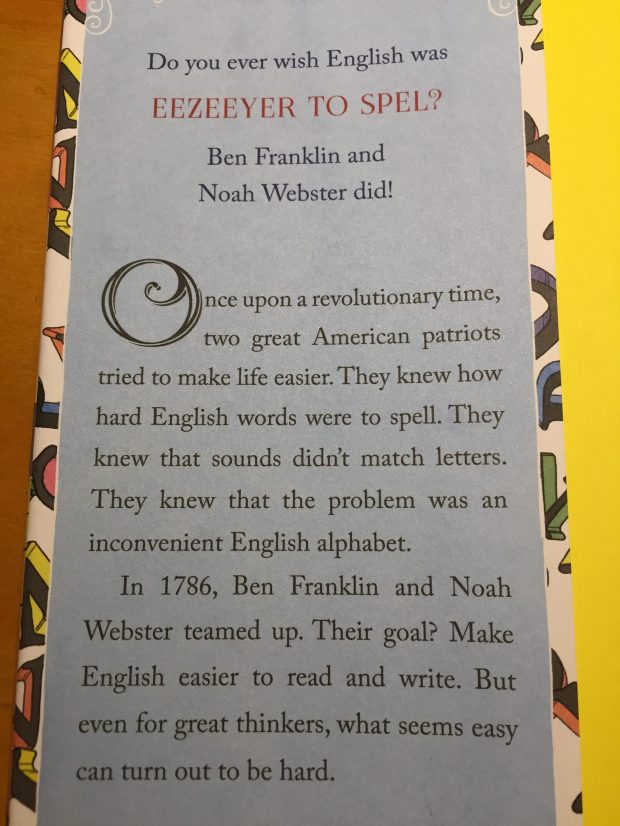 It may be hard for kids to believe, but once upon a time there was no “right” way to spell or pronounce words, making it difficult for English-speaking people in America to understand one another. So Ben Franklin created a new alphabet—one that didn’t stick. But he didn’t pursue the change since he had bigger fish to fry.

Along came Noah Webster, a well-educated and much younger man, who picked up the torch for standardization. Noah traveled extensively, trying to get people to buy into his grammar, pronunciation and spelling rules. But no one wanted to listen to a young “nobody.” Finally, he approached a much older and revered man, Ben Franklin, who saw another opportunity to market his new alphabet. Noah took Franklin’s alphabet, thought through a few changes, and then presented it to “merchants and war heroes, farmers and booksellers.”

No luck this second time around, either. People were exhausted by the years of war with the British. They “just wanted life to return to normal.” No one wanted any more change. Franklin went back to working on the Constitution and Noah forged ahead with a new plan, one that kept the same 26 letters of the alphabet while giving only ONE sound to each letter. Once again, Noah appealed to writer and printers, schoolmasters and penny-pinchers.” No new letters meant everything would be easier.

“What about sound-alike words?”

“What about words that look alike but are pronounced differently?”

Franklin approved of yet another version of Noah’s plan, but the going was still rocky. Franklin died, and Noah kept trying out new approaches with Americans. 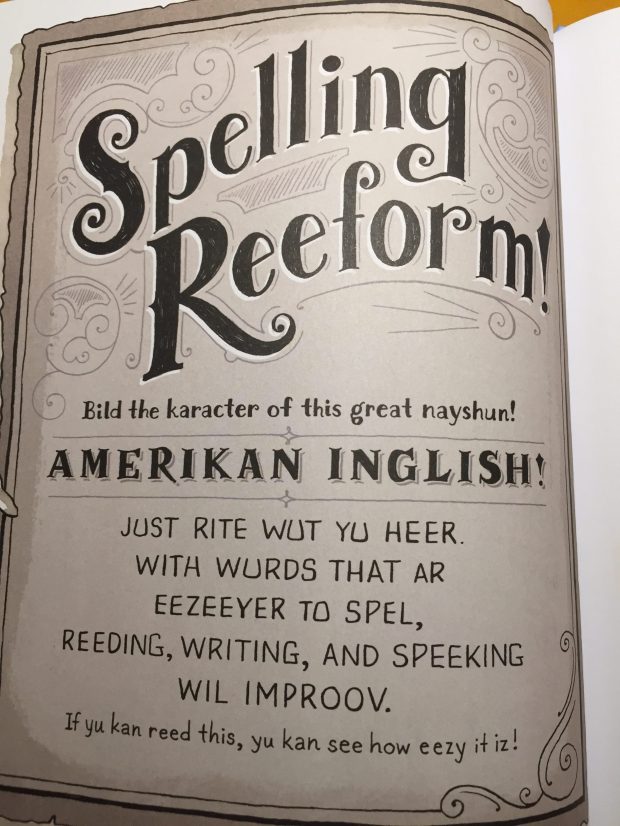 More questions and more changes. Why was this so hard? Well, it’s a fact of life:

“As you know, sometimes what appears to be easy can turn out to be hard.” Kids and adults will surely identify with that!

But Noah kept trying. It didn’t matter that newspapermen started using new spellings because authors refused to use them. Other Americans were unwilling to change old habits, too. (Does this remind you of the grand metric system failure in the U.S.?)

But Noah kept trying. He finally came up with the idea of a dictionary with standardized spellings and meanings. His reference book turned the tide, which is why you and I can now read and understand each other’s words.

The closing page will leave kids with a smile: 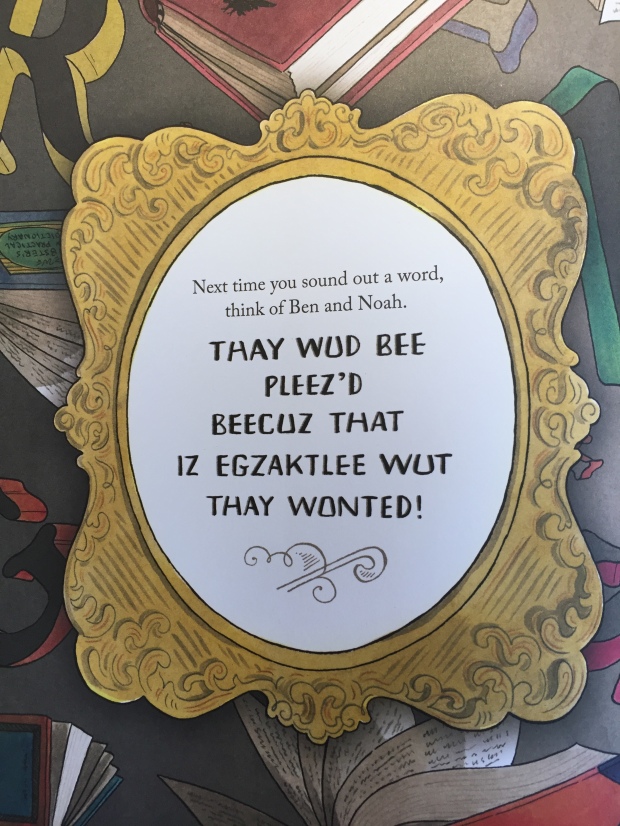 Anderson’s author’s note adds more information about her research and how language tends to evolve over time. Elizabeth Baddeley’s illustrations, some with helter-skelter letters floating around the page and vignettes of people posing questions during every step of the process, keep the forward momentum of the story moving at a lively pace. 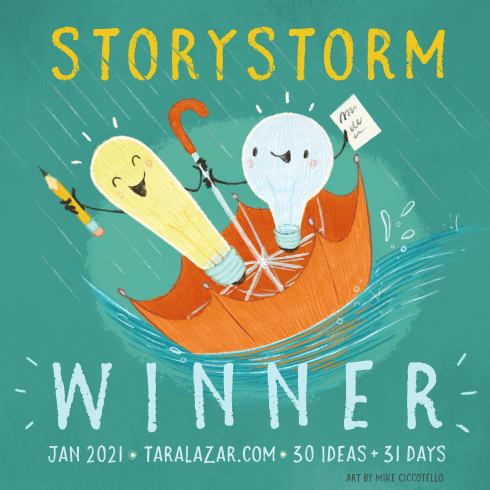