Question: Where was the first reported child abuse case in the United States?

Answer: New York, 1874. Her name was Mary Ellen Wilson. For eight of her 10 years, she had been beaten, cut, starved, subject to hard physical labor, deprived of a bed and warm clothes, and generally tortured by her foster mother. A neighbor who investigated Mary Ellen’s living conditions had no advocacy group to turn to. But she did seek help from one established organization, the Society for Prevention of Cruelty to Animals. They took Mary Ellen’s case to the New York Supreme Court, invoking statutes against animal cruelty since there were no laws protecting children at the time.

Did you feel the catch in my throat? Could you feel my heart breaking as I wrote that? How could we have thought to protect animals from cruelty before we protected our children?

This past week, I attended a fundraising luncheon for Safe & Sound, formerly called San Francisco Child Abuse Prevention Center. At the luncheon, I learned that there were 64,000 incidents of child abuse in the Bay Area reported last year. One every 10 minutes.

I also learned that a groundbreaking study by Safe & Sound and the Berkeley Haas School of Business suggests that child abuse could cost the United States as much as $5.6 BILLION annually.

Because abused children are more likely to require special education. They’re more likely to drop out of school. Have mental health and/or substance abuse issues. To make bad choices. They’re 59% more likely to be arrested as juveniles. Incarceration not only costs $$$$, it also presents a potential lifetime of lost opportunity for those who’ve been incarcerated.

Nicholas Kristof, a Pulitzer Prize-winning reporter and keynote speaker for the Safe & Sound luncheon, described a recent survey (sorry, I didn’t record the reference) where 97%  agreed that all children should be given an equal start in life. He wryly noted that this is a greater consensus than those who believe the earth is round. 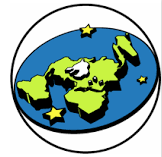 So why can’t we manage to follow through with giving all children a decent start in life?

Kristof described a homeless man he had once interviewed who, when asked how he’d managed to be homeless for eight years, said that he’d made a series of poor choices. But then Kristof dug deeper. It turned out that this man had been born with drugs in his system. By the age of two, he was being beaten. By the age of three, he had seen his  brother murdered. And he, himself, had been shot at the age of five. Who wouldn’t end up making poor choices with a start like that in life?

Then he described another man from Arkansas who had been a troublemaker at school. One day he was fooling around in the library and saw the cover of a book that looked a little racy, a little interesting, not like so many other boring schoolbooks. So he pulled it off the shelf to check it out. But there were other kids in the library, and he didn’t want to lose his tough kid cred. He hid the book in his jacket and walked out.

And when he went back for his high school reunion, he was thrilled that his school librarian was still there. When he saw her, he was proud to tell her how well he was doing, but that he had a confession. He had stolen books from the library, repeatedly, but he’d always returned them.

She looked him in the eye and said, “I know. When I saw you steal that first book, I drove 70 miles to Memphis and found more books by that author.”

Now, that library hero could have treated the boy as an “other,” a troublemaker, one who needed to be penalized for his actions, but instead she chose to see his potential and feed it, not crush it. Perhaps we, as a nation, need to feed every child’s potential, not just the ones who already start out with advantages in life.

Perhaps we need to make sure kids don’t go to school hungry. That they have healthcare, dental care, and a safe home life. Perhaps we need to follow through on our belief that all children deserve an equal start. Kristof quoted further from the Berkeley/S&S research study, estimating that for every $1 we invest in a child early on we save $7 down the road. I consider that a pretty stellar investment.

But remember that investment doesn’t always take the form of money. The librarian who invested her time (and some money) to connect a young  boy with books that piqued his interest shows us how thoughtful action can have a tremendous impact on a child’s life.

What’s the call to action? If it’s been awhile since you invested in children, find a way to do it this week. Support programs that fight child abuse. Or any other program (like after school programs that our dismantler-in-chief wants to cut)  that helps kids. Invest your time in helping children. Do it on a regular basis. Time or money. A little of both. You decide.

(Teachers, you already give more than your fair share of time and money, so sit back and watch the rest of us do some work. You can cheer us on from the bleachers or the refreshment stand.)