Grant Faulkner, Founder and Executive Director of National Novel Writing Month, recently spoke at a fundraiser for one of my writing groups, the Write On Mamas. Correct that. He didn’t “speak” so much as inspire us to challenge our personal narratives.

Faulkner drew a series of concentric circles and described the center as someone who identifies completely as a writer. Those who don’t identify at all as a writer lie outside the circle.

He described how people’s perceptions of themselves and of what being a writer “looks like” often conflict. And on any given day, someone who writes can find themselves at different points within the lines.

He asked how many of us identified completely as a writer. 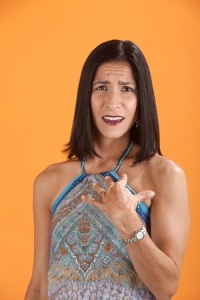 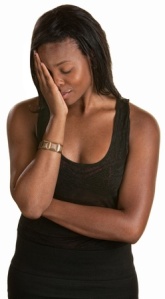 Depending on how you were raised, how your culture views writers, or how you were educated, your sense of being a “real” writer wavers.

I was raised on a farm. My mother was a nurse. My father fought in WWII and then got a job. He never went to college. To me, writing was something that “real” writers did. It was something magical. A work of genius.

I did find it instructive to examine where I placed myself on the chart, because my perceptions often obstruct my writing. When someone is paying me to write, I’m a writer. Otherwise, I’m a “wannabe” writer. Hard to believe that I’ve been writing professionally for 25 years.

Do you feel like slinking off into a corner when people ask if you’ve published anything? Do you have to make money from writing to call yourself a writer? Is calling yourself a writer just a wee bit pretentious? Are writers “the other,” something foreign to your existence?

Or do you just get on with writing and ignore the question?

Faulkner believes that “because we are human, we are creative.” But it’s interesting that even he, someone with a BA in English, an MFA in creative writing, who has received writing awards for his work, written books, and heads the world’s largest annual writing project, fails to put himself in the center of the bull’s eye.

So if you don’t think of yourself as a “real” writer, you’re in good company. But if feeling like a “fake” writer gets in the way of your writing, it may be time to find a critique partner, a writing group, or some kind of supportive community that will fortify you in your fight against yourself.

A community that can be found through National Novel Writing Month. Simple to register, set goals, get support and inspiration, and stop feeling like an outsider. You don’t have to write a novel. You just have to write.

80 books packed and ready for me to ship to teachers tomorrow. First round of Kidquake videos release this Friday!!! Fingers crossed we get the last 20 books stuck in the supply chain before #Litquake is over!
The undies for Where Three Oceans Meet. So perfect! Grandmother, mother, granddaughter…heartstrings “entwined as one, stronger than any alone.” #bookstagram #picturebooks #kidlit
Two more boxes of awesome books being packaged to send to Kidquake lottery winners!
Packaging books to send to Kidquake lottery winners!!! #LItquake #bookstagram @rajanilarocca
What we were doing on National Son’s Day. On point. #nationalsonsday #ER
And it has luminous undies!!!! It Fell From the Sky #bookstagram #kidlit #picturebooks