There’s an ongoing discussion in the kid lit world about why boys don’t want to read “girl books,” meaning books that star female protagonists or feature fairies or princesses on the cover or in the title.

Is this “preference” intrinsic, or are they steered away from such interests, starting at a very young age?

Shannon Hale, prolific author of many books with the word “princess” in the title,

gave an eye-opening presentation about gender bias at the national Society of Children’s Book Writers and Illustrator’s conference in Los Angeles in 2015.

She pointed out how messages can be subtle or blatant, ranging from how parents, teachers, and librarians fail to recommend “girl” books to a young male reader, to how peers and adults  may say outright “You don’t want to read a girl’s book, do you?”

During her presentation, Hale pointed out how it’s normal for girls to wear pants or climb trees  but boys feel much less free to wear skirts or play with dolls. They live in fear of being taunted for acting/being like a girl, a taunt that is used as the ultimate insult. Sooooo….

I’m thinking about this now because I just read a Twitter thread at the intersection of face painting and male violence. A little boy wanted a face painter to paint a blue butterfly on his face, a request that his mother and father denied, 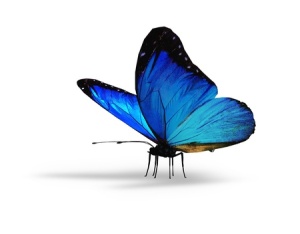 shaming him for wanting “something for girls.” Instead, they insisted that his face be painted with a skull and crossbones.

You can read about it here:

Back to Hale’s presentation…

When I asked my son to read one of Hale’s “Princess in Black” books, he said that it was good, “even though it was about princesses.” Hmmmm….where did he get this from? He goes to a progressive school, one that talks about and calls kids out on gender bias, but that pressure must still be there, percolating below radar.

When my son was five, he went to a basketball camp. Turns out he was wearing fingernail polish, and one of the instructors said “What’s up with that?” when we checked in at the registration table. My son immediately curled his fingers into his palms.  We live in San Francisco, folks. We should be beyond this.

In the moment, I tried to laugh it off, and said “oh, he loves the color” or some such thing. Lame, right? When I got home, I sent an email to the camp director and received a note back, saying that this person would not be coming back to camp as an instructor. But the damage had been done. My son asked me to remove the polish when he got home that night. 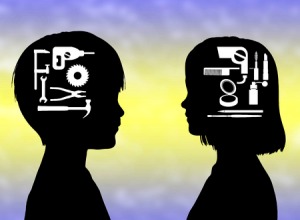 During her presentation, Hale noted that if a boy asks her to autograph one of her princess books at a bookstore, he’s usually home-schooled, ostensibly free of the peer pressure phenomenon.

Of course, we can then cross genres into film and the infamous Bechdel test that so many films fail. Does that “awesome” PG-13 sci-fi movie have any female characters? Are they strong, or do they scream all the time, expecting to be saved by a man? Do they have speaking parts? Do they talk about something besides men when they talk to each other?

When I asked my son more in-depth questions about Hale’s book, he said that it needed more action. He doesn’t care if the book he’s reading has a female protagonist, as long as the plot keeps moving and the subject matter appeals to his science-math-engineering-gadget taste. That’s true. He’s devoured books with female protagonists, usually when they’re mired in action, mystery, or gadgetry. But for school, he’s read and appreciated The House On Mango Street by Sandra Cisneros, a book he wouldn’t have selected it on his own. 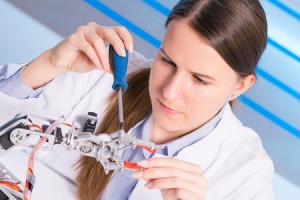 My son—like most human beings—is difficult to categorize. People have often mistaken him for a girl because he wears his hair long. He’s getting close to earning a black belt in a martial art, but he loves animals, and can’t stand the thought of someone being mean to a spider. Thank you, Charlotte. He loved Appliegate’s Crenshaw and The One and Only Ivan, and Ryan’s Echo.

Filmwise, he absolutely LOVED the recent Wonder Woman blockbuster. He got a kick out of all the humor directed toward male-female stereotypes and the cool ninja combat moves.

And yes, the movie was quite violent. He enjoyed the explosions and the fact that the bad guys got their comeuppance.

After all, superhero stories are all about saving the world from evil doers, right? And that usually involves explosions and weapons of mass destruction.

And if you’re interested in reading more about the Disney-ification of princesses, check out Peggy Orenstein’s book: “Cinderella Ate My Daughter.” You’ll get a new understanding of how a marketing giant created the new cultural princess norm.

I’d like to thank the fabulous Stacy Jensen for pulling this new website together! And many thanks to Russ Cox for creating the amazing chicken treehouse. Cheers to all those book-reading chickens!