Time to place the spotlight on adult historical fiction.

This past Saturday evening, a friend and I hosted our school’s literary dinner with guest author, Lalita Tademy. 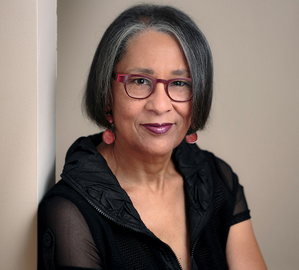 Neither I nor my co-host had read any of Lalita’s books before inviting her to read and talk about her work. What we did know, we had gleaned from her website. Her first book, Cane River (about her mother’s side of the family),

became an Oprah Book Club selection five weeks after its release, stunning for a debut novel.

Her second book, Red River (father’s side of the family),

And now her most recent book, Citizens Creek,

is considered by Kirkus Reviews to be “intense…from the genocidal war in Florida…to the desperate struggle to hold onto property against prejudice. Tademy explores a forgotten trail of American history to find an intriguing tale of love, family, and perseverance in the struggles of proud African Creeks.”

Equally surprising is Lalita’s career path. She had spent years in high tech, most recently as a VP at Sun Microsystems, but found the ever-shortening business product cycle grueling. She was tired, so she quit without a plan.

Her parents were horrified.

Well, this was the plan:

As she cast about for a new passion, she realized she had always been interested in her family’s stories and genealogy, so she threw herself into researching her roots in Louisiana. Lalita talks about that process in the Youtube video produced by OneCity OneBook, San Francisco.

When she discovered the actual bill of sale for several of her ancestors (along with the name of their owner who was also her great-great grandfather), she knew she wanted to write the book that became Cane River. Here’s a link to the synopsis.

She wrote the book and sent it to an agent. The response?

She rewrote the book and sent it to another agent. The response?

She rewrote the book again and again…

Twelve agents and twelve rewrites later, she decided that maybe she couldn’t write, that maybe…

She took a class at a local university in the Bay Area. Impressed with Lalita’s 13th draft, the instructor showed it to her own agent. And the rest, as they say, is history.

Her parents had a sudden change of heart.

Writing draft after draft, Lalita’s method has not changed. She inhabits all of the main characters to get to know their rhythms, their perspectives, their lives. Citizens Creek went through at least 19 drafts on its road to publication.

The tale of Citizens Creek transcends race because it’s about family and struggling to hold family together in the face of tremendous adversity. To quote from the novel: “It’s about carving out the life you want, at some cost.” Because it will always cost you something. You must choose what’s important to you.

The book’s also about family stories and secrets, knowing what to hide or when to tell.

The stories are told by the grandfather, Cow Tom (the first black chief of the Creek Indian nation). He chooses his granddaughter—the one most like him, the one he named Rose, because a rose is “a special flower, able to defend itself. A flower thorned…” —to carry his stories and his most shameful secret forward.

During the literary evening’s discussion, someone asked why the book is divided into two parts, the first half from Cow Tom’s perspective, the second half from Rose’s. The reader who asked the question had identified most strongly with Rose. Lalita explained that while several drafts of the book had been written solely from Rose’s POV, this version was the one that resonated most strongly with her.

So? Don’t write to please every reader, because you can’t. Be true to your vision.

I think the book was enriched by the use of two perspectives. Cow Tom’s story would have been less powerful if I’d seen it through Rose’s prism.

And although Lalita writes “faction” 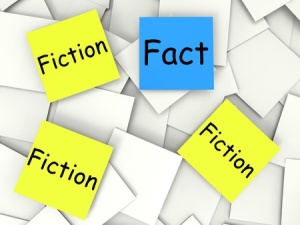 —a mash up of fiction and facts—I learned a tremendous amount about this fractious period of U.S. history. Freedmen who were Americans and also Native Americans found themselves answering to two nations.

Powerful and engaging, the book is difficult to put down, even though it is, at times, heartbreaking. Yes, I cried.

A handful of moments brought a smile, one being when Cow Tom and his family examine a small stack of U.S. coins and paper money, money that was finally paid to compensate Creek Freedmen for the sale of Creek land to the U.S. government. The conversation about the faces printed on each coin or bill is priceless.

I am quite pleased that Lalita Tademy traded a successful business career in high tech for the writing life. I’m looking forward to reading her other books.

Many thanks to Lalita for being so generous with her time in support of Synergy School!

Look what just arrived! Clovis has stolen my ❤️!!! Thank you, @ljrwritenow and @authorkatelyn !! #bookstagram #booksofinstagram #picturebooks
80 books packed and ready for me to ship to teachers tomorrow. First round of Kidquake videos release this Friday!!! Fingers crossed we get the last 20 books stuck in the supply chain before #Litquake is over!
The undies for Where Three Oceans Meet. So perfect! Grandmother, mother, granddaughter…heartstrings “entwined as one, stronger than any alone.” #bookstagram #picturebooks #kidlit
Two more boxes of awesome books being packaged to send to Kidquake lottery winners!
Packaging books to send to Kidquake lottery winners!!! #LItquake #bookstagram @rajanilarocca
What we were doing on National Son’s Day. On point. #nationalsonsday #ER