Just an hour ago, I clicked on the “purchase” button at the online Apple store, spending $1700+ dollars on a new MacBook Air. Hence the Apple logo, the insatiably voracious version of Pac Man.

Five minutes later, I panicked and canceled the order.

This, after spending at least a week reading CNet reviews, Google and Amazon reviews, and Apple and Microsoft forums. Apple people and PC people cannot share the same electron cubicle or they’ll sling mud at each other all day. However, it is fascinating how many crossovers from MS now sing the virtues of Apple with nary an epiphany going the other way.

But there’s also the complication of having to decide between Google Docs, Word, and Scrivener applications. I’ve used Word since I was born–well, at least since WordPerfect died. My business-y husband loves Google Docs and “the Cloud.” Writers apparently love Scrivener, either the Windows or Mac versions (although the Windows version hasn’t caught up to the Mac capabilities, yet). And even Mac people will tell you that Word for Mac is a shadow of the “robust” (always brings on visions of Great Aunt Edith and the crumbs on her, ah, shelf) Windows edition.

So right after I hit “purchase,” Evil Doubt grasped the nape of my neck, jerked me off my physioball chair, and rattled my bones around the office, demanding “What if Mac’s Scrivener is just a raging toothache when you want to share files with your clients, editors, and other writers who use Word? And the alternative, MSOffice for Mac? What if it truly is the kiss of death?”…Fully off my ball (rocker), I fell to my knees in horror and reached for my keyboard to cancel.

What had I almost done? Had I almost blown up the bridge between me and all the Word people I know? Had I almost handed over my soul to Satan because I love the feel of the Air’s touchpad? Oh how silky smooth and effortless to swipe! In comparison, the Lenovo, the Samsung, the Asus laptop touchpads I had tried felt like a long drag through the La Brea Tar Pit.

Plus, ya gotta love that sleek Air-brushed-aluminum wedge!

And then the Best Buy Microsoft Rep leapt from the shadows and recommended the new Surface Pro (everything but the gorgeous HD pixelated screen looks clunky), running Windows 8 (yet a new look and format!!!%#@!); a tablet PC sporting an awesome stylus for drawing and writing copious notes (marginalia, yes!!!) on the touch screen, which you can then turn immediately into type!! Oh, have mercy on me Satan!!!

But the Windows 8 features this new “tile” system that blocks all plug-ins, so you have to use the desktop view if you want plug-ins and tabs that resemble anything I’m used to seeing. And then I stumped the rep when I asked if I could see 20 “tiles” when I have that many windows open. After fiddling for a moment, he concluded: you can only do that in desktop mode. And it doesn’t have as much RAM or disk space as the Air, although it is cheaper…. Hmmmmmm….

But if I buy any PC laptop, I would be stuck with Windows 8! So does that mean I should buy a Mac?

There’s a reason I haven’t worked for IBM since the dark ages. 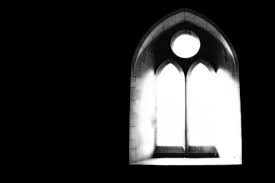 I’m a writer folks, I just want to use these tools to do my work. I want to focus on the WORDS, and occasionally incorporate some photos, graphics, and videos.

WORDS WORDS WORDS —- Can anyone hand me a torch that will show me the way out of these infinite circles of hell?